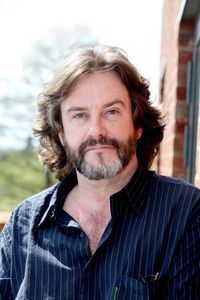 This event has now sold out.

A video recording will be shared on the London Global Gateway YouTube channel in the weeks after the event. Subscribe now so you don't miss it!

Join us for the sixth Annual London Shakespeare Lecture in Honor of Professor Sir Stanley Wells - hosted in collaboration with The Shakespeare Institute and Shakespeare Birthplace Trust.

Gregory Doran launched his first season as Artistic Director of the Royal Shakespeare Company in 2013 directing David Tennant in Richard II. Described by the Sunday Times as “one of the great Shakespeareans of his generation” he has directed nearly two thirds of the Shakespearean canon, and has committed to broadcast all of Shakespeare’s plays to cinemas worldwide.

In 2016, Doran's four productions of Shakespeare’s history plays launched the Shakespeare 400th jubilee embarking upon the first major RSC tour to China. He closed the special year with his innovative production of The Tempest in collaboration with Intel and in association with Imaginarium Studios.