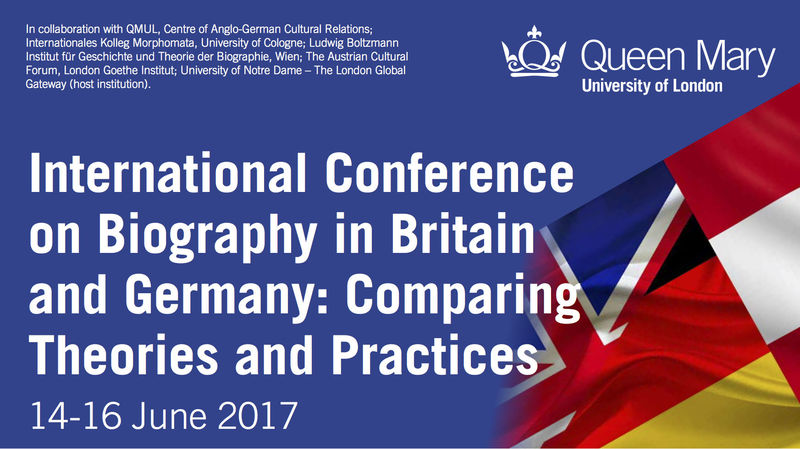 This private conference - the first in a series organized by the Centre for Anglo-German Cultural Relations at Queen Mary University of London, the Morphomata Institute for Advanced Study in the University of Cologne, and the Ludwig Boltzmann Centre for Biographical Research in Vienna - will focus predominantly on 19th and 20th century examples of biographical writing with reflections on practices in, and resonances of, this genre. Some of the questions that will need to be addressed on a comparative basis refer to the cult of biography, the pitfalls of “hero and hero-worship” (Carlyle) and its ambiguous impact on the culture of biography, individualism and biography, practices of writing biographies in Britain and Germany and their cultural status.

On June 15, Robert Norton (University of Notre Dame, Department of German and Russian Languages and Literature) discusses 'The Emperor and I. Wilhelm II, Biography and Cultural History.'

For general inquiries and to confirm your registration following invitation, please email lonconf@nd.edu.