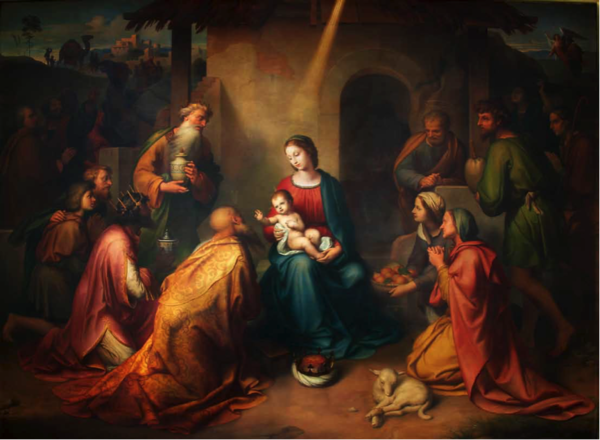 Register now for the first Ushaw Lecture in London, co-hosted by Durham University and the University of Notre Dame as part of Durham's Residential Research Library programme.

The story of Christmas has had a powerful hold on the imagination of writers around the world for centuries. At the heart of that story is the Nativity and the mystery of the incarnation: God’s power manifest in the form of a helpless infant born in a stable. The images of Christmas that we find in modern English literature are shaped and inspired by the great English translations of the Bible, including the King James Bible of 1611, but also (especially for Catholic scholars and writers) the Douai-Rheims Bible of 1582. Christmas has an enduring appeal in works of literature, all the way from medieval mystery plays like The Second Shepherds’ Pageant to that great classic of American literature, The Grinch Who Stole Christmas, a work that clearly shows the influence of Charles Dickens and A Christmas Carol.

Stephen Regan (Durham University, Department of English Studies) will explore a long tradition of writing about Christmas, including novels, poems, and essays by John Milton, Jane Austen, Christina Rossetti, Alfred Lord Tennyson, Thomas Hardy, James Joyce, T. S. Eliot, W. B. Yeats, and Dylan Thomas. Regan will argue that even though literary versions of Christmas have sometimes embellished the story with snow and holly, sprightly reindeers, brightly lit Christmas trees, and bags of toys from Santa, it is the mystery of Christmas, with its ethical and spiritual power, that has generated so many great works of literature.

This lecture and reception are free and open to the public, but please note that prior registration is essential.