Join us at the University of Notre Dame (U.S.A.) in England for a Lecture focusing on Christian Theology and Martyrdom.

Reverend Kevin Staley-Joyce, priest of the Archdiocese of Boston, will deliver the lecture on 'Dying well: Developments in the Christian Theology of Martyrdom Leading Up to Augustine' 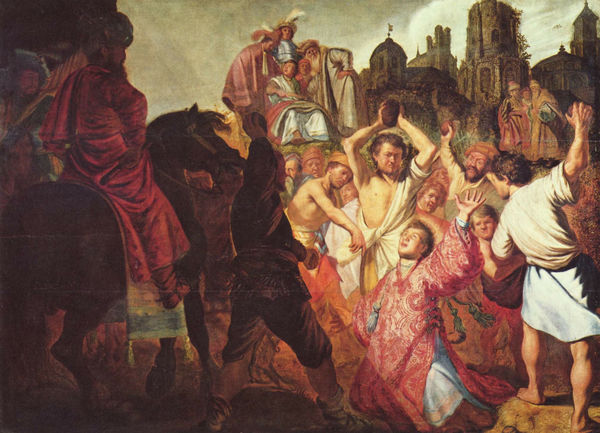 During the two centuries of Christian history that led to Augustine’s greatest theological works, struggles over orthodoxy revealed conflictual understandings of how to live and die well as a Christian adherent. Periods of state persecution of incipient local Christian churches—especially Donatist sects in the Roman Africa province—at times evinced a self-abandon in the face of martyrdom that was mostly unknown to classical antiquity. Other episodes of persecution led to abandonment of Christian adherence altogether.

While archetypal stories of Roman heroes have often held them to be embodiments of the classical virtues—above all, piety toward the gods—a distinctly Christian heroism could not be explained against this cultural backdrop alone, without developing a new theory of martyrdom. Augustine’s treatment of this theory of martyrdom—particularly his engagement with Donatist sects—proves illuminating for Christians today, just as it corrected a difficult division in Christian life in his time. Augustine elaborates a Christian theory of martyrdom that emphasizes the need for proper intentional states, and for reception of martyrdom as an act of grace. In this, he both rejects rigorism and the throwing away of life, and also the shirking from duties to faithfulness, when legitimately pressed by unjust governance. Augustine’s work in this area holds wide-ranging import in contemporary discussions of the good of human life, especially when faced with violence.

Rev. Kevin Staley-Joyce is a priest of the Archdiocese of Boston. A native of that city, he studied philosophy at Princeton University before serving as assistant editor at First Things magazine in New York. After entering seminary formation in 2011, he studied fundamental theology at the Pontifical Gregorian University in Rome. In 2015, he began a course of studies in Patristics for a licentiate degree, followed by doctoral candidacy, at the Patristic Institute “Augustinianum” in Rome, where he currently studies. He is a member of the Römisches Institut der Görres-­Gesellschaft research society

Register now for your free ticket
.