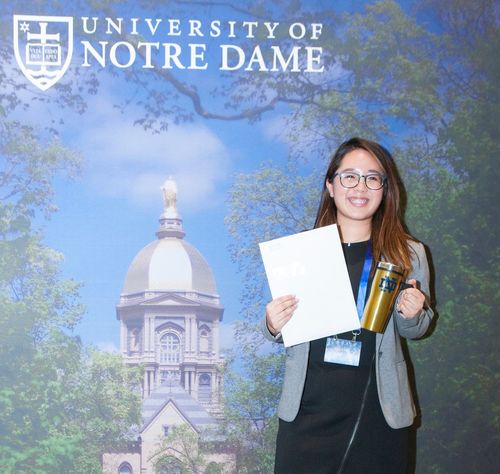 Nicole Lee can still remember the day that she learned an important lesson about responsibility. She was five years old at the time and accidently broke her father’s binoculars. Fear quickly set in, as she worried about the repercussions. Fighting back tears, she made the decision to confess. It’s what happened next that has stuck with Lee for thirteen years

“As angry and upset as he was, he didn’t yell at me,” Lee says. “Instead, he told me that it was okay to break things, to make mistakes and to fail, as long as I owned up to it, took responsibility, and learned from it.”

For Lee, it was a defining moment. She believes it gave her a sense of self-responsibility. It also helped shape her into a leader. She was accepted into a prestigious and highly competitive high school in Hong Kong, where she was elected to the role of head prefect by faculty. Lee also served as an ambassador for the school in several other roles, including the captain of the underwater robotics team and the alto section leader of the school’s chamber choir.

Lee’s leadership skills also captured the attention of the Notre Dame Greater China Scholars Program selection committee, made up of Notre Dame faculty, administrators, alumni, and parents. Every year, twenty students who represent the highest caliber of academic excellence in Greater China (mainland China, Hong Kong, Macau, and Taiwan) are selected to participate in the Greater China Scholar Weekend, hosted at the Beijing Global Gateway.This past March, Lee was admitted into the Greater China Scholars program, along with a scholarship to support her attendance at the University of Notre Dame. Scholarship funding is provided by Our Lady of Perpetual Succor Global Endowment for Excellence and the Frank Reilly Endowment for Excellence. She was also invited to join the Glynn Family Honors Program, as well as the Hesburgh-Yusko Scholars Program, which supports and encourages a number of international students to have a transformational effect on the Notre Dame community. Lee accepted and will attend Notre Dame this fall.

“I was in shock – it was so unexpected and I just could not believe it,” Lee says. “It’s really nice to see all the hard work and effort I’ve put into my studies and extracurricular activities over the years be acknowledge and rewarded.”

“While Lee was impressive in the classroom, she was chosen because of her strong character and commitment to the common good,” says Miranda Ma, Asia programs advisor.

Ma has managed the GCS program since it’s inception in 2011. She’s particularly impressed with the class of incoming scholars, as she says they were engaged and immersed in the weekend-long events.

“We’ve been very successful at attracting top talent from high schools throughout greater China,” says Ma. “These students are incredibly talented and eager to be a part of the Notre Dame community.”

Ma helps organize and facilitate the Greater China Scholars weekend every year, which includes various activities and speakers for finalists, parents, selection committee, alumni, and student ambassadors. Learn more about the Class Of 2022. 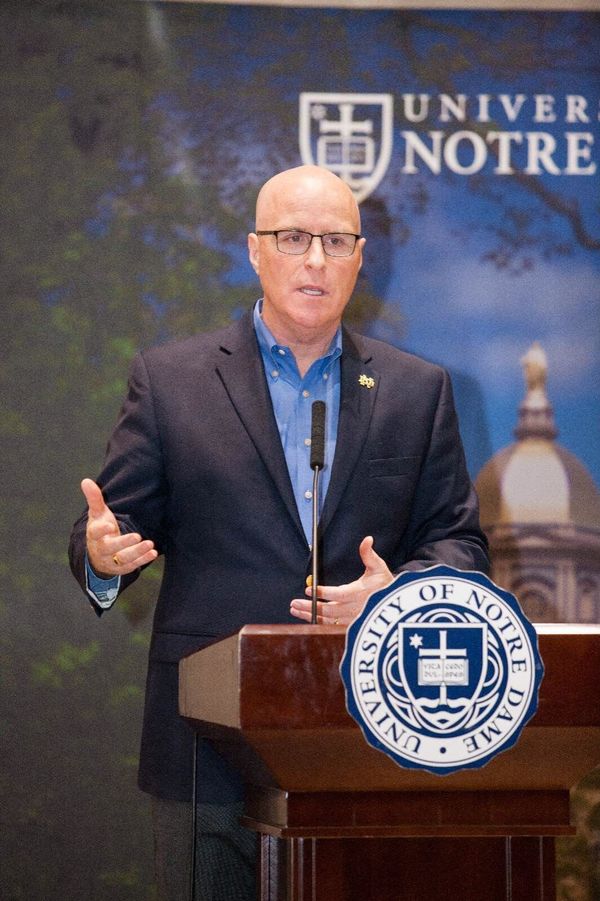 “I was greatly impressed by the students’ outstanding talent and leadership potential,” notes Lu Sun, a Notre Dame alumna who served on the selection committee in Beijing. “I also enjoyed meeting the students’ parents and sharing with them the life-long values of a Notre Dame education.”

Each year, University leaders from campus address the program finalists and the Notre Dame community in China. This year, the scholars and community members were inspired by Vice President and Associate Provost for Innovation Bryan Ritchie about the role of innovation and entrepreneurship in higher education.

The program was first established with support in 2011 from the Li Ka Shing Foundation and the HS Chau Foundation and continues to grow with the support of many donors, alumni, and parents.

“While the main focus of the Greater China Scholars Program is on transforming the intellectual lives of the scholars, the program has also brought together the University’s growing community of alumni, parents, and friends throughout Greater China,” states Jonathan Noble, assistant provost for internationalization. “The growth and impact of the program is a direct result of this community’s commitment to advancing the relationship between Notre Dame and China for the long-term.” 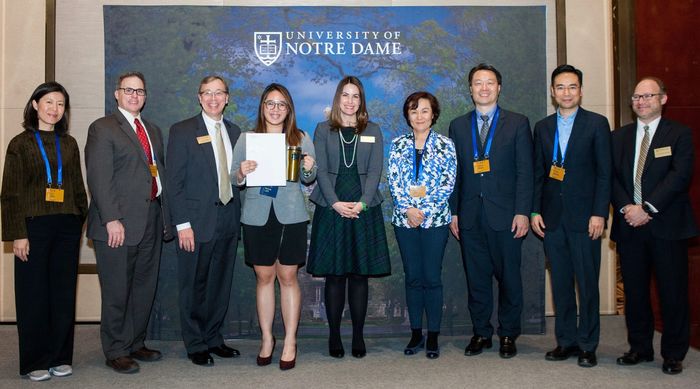 Nicole Lee is pictured with the GCS selection committee

Life as a “domer”

Growing up as an only child, Lee says she’s excited to share a dorm room and feel like part of a bigger family. She’s looking forward to experiencing life on campus, but particularly Notre Dame’s sense of community.

“I look forward to exploring every inch of campus, as I’ve heard it’s one of the most beautiful campuses in the country,” Lee says. “Aside from that, I am looking forward to my first tailgate, football game, and of course, getting to meet all the wonderful people on campus.”

Lee will be attending the University of Notre Dame this fall, along with ten other students from the GCS program.

“I want to work at the international level to raise awareness on key issues around the globe, as well as to effect change in the world around us,” says Lee.

“I believe that a Notre Dame education is the first vital step into helping me achieve this goal.”

Originally published by Colleen Wilcox at international.nd.edu on July 02, 2018.