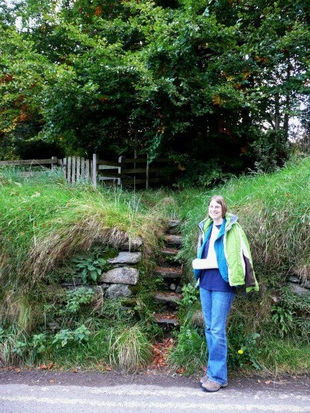 Arm in sling, on retreat in Glendalough a week after the accident 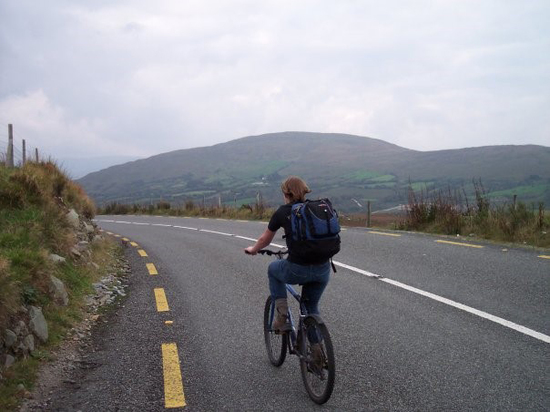 Cycling on the N-71 from Killarney to Kenmare, County Kerry

Greer Hannan, a triple Domer, lives in Louisville, Kentucky, where she works as the grant compliance coordinator managing federal funding for the Society of St. Vincent de Paul, a homeless services agency. She reflects on a year in Dublin and explains how challenges faced during her immersive experience set her on a career path dedicated to serving others.

I'd been breezily saying that I wanted to have an adventure, but it wasn't true. Of course I was looking forward to taking in panoramic views of the Emerald Isle, and hearing at least 32 different Irish accents, and making weekend excursions to the Continent via cheap RyanAir flights. But I wasn't interested in actually taking risks, putting my worldview into question, or letting my self-identity be threatened. So when in my second week as a study-abroad student at Trinity College Dublin I received an invitation to visit a friend-of-a-friend's great-grand uncle, an octogenarian bachelor farmer in the west of Ireland, I jumped at it—for the views, to hear his thick Kerry accent, to have an encounter with rural Irish culture. I didn't bargain for breaking my arm, nearly breaking my neck, and putting my limits to the test.

None of this would have happened if there had only been a bus. My friend Andrew and I got off the train in Killarney, which is as far as the train goes, and then cycled the remaining twenty-six uphill miles to Dan The Durd O'Shea's homestead outside Kenmare. We spent an utterly delightful weekend listening to Dan's stories about growing up in 1930s Ireland, took turns at herding his cows down the lane way, and enjoyed the scenery. But we had to be back in Dublin for Monday classes, so after toasting Dan with his favorite Blackbush Irish Whiskey, we were back on our bicycles, peddling down the mountain to Killarney. We hadn't gotten far when I took a steep, hard turn too fast and wiped out, landing six inches from a stone wall. My arm was broken and my head was busted open.

It was my left arm. I learned quickly to confess that I was “ciotóg,” with all its sinistral implications, and begged to be allowed to tape-record my professors' lectures. Even still, I couldn't keep up; I was failing quizzes and dropping classes. Who was I if I wasn't a top student anymore? There were weekly trips to the hospital for more X-rays, haphazard attempts at cooking one-handed, and eventually, innumerable requests for help. I was twenty, and I had never confronted my human vulnerability before. I had been allowed to conceive of my identity primarily in terms of my talents and achievements, and not in terms of belonging to a community that embraced me and my limitations. The motto of Notre Dame's Dublin Programme-- “People live in each other's shelter,” became concrete as students and professors took turns tying my shoes, Xeroxing their notes for me, or cooking me a meal.

In the midst of it, I began noticing other people who felt vulnerable, and I found empathy for people struggling to navigate the tasks of daily living. This attentiveness and compassion grew through a series of great adventures into a career of serving people in poverty and homelessness, which is not at all what I had in mind as a philosophy major with my sights set on graduate school.

But more than a career or a vocation, this first, disastrous adventure gave me resilience. It taught me that failure is okay, recovery is possible, and community carries us through. It gave me a thirst for adventure, for more encounters that would push me far enough outside my comfort zone to ask what it means to be a human being, what it means to live an abundant life, and who I am and am becoming. Success became about taking worthwhile risks, and failure became an indispensable tool for learning. The Dublin Programme converted my emerald vistas into fierce terrain. 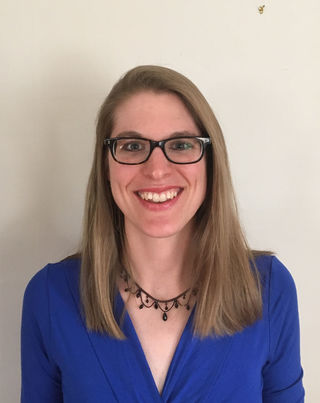 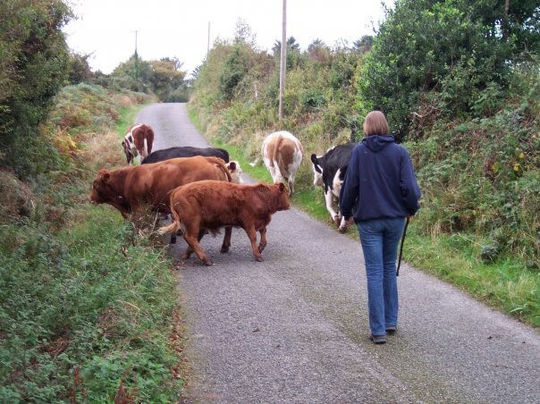 Herding cattle on a narrow boreen in county Kerry

Have you studied in Dublin? Where did your semester lead? Share your story with us at dublin@nd.edu.