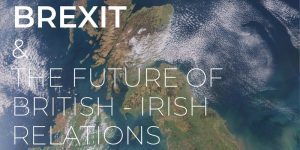 On Thursday, February 28th and Friday March 1, 2019, the Keough-Naughton Institute for Irish Studies hosted a conference with a focus on “Brexit and the Future of British-Irish Relations” in collaboration with the Moore Institute at NUI Galway and the Mitchell Institute at Queen’s University Belfast.

Delegates gathered in Galway over two days to discuss the various challenges and opportunities prompted by Brexit to the relationship between the Republic of Ireland, Great Britain, and Northern Ireland. Bringing together leaders in the worlds of academia, journalism, public life and business, panel discussions ranged from considerations of the status of the E.U. project; the politics of Brexit; implications for trade relations; the impact on border regions; and how to navigate future relations between Britain and Ireland.

During opening remarks on Thursday morning, Professor Kevin Whelan, Director of the Notre Dame Dublin Global Gateway, announced a new emphasis for the Keough-Naughton Institue for Irish Studies on the study of modern Ireland. Acknowledging the Keough-Naughton Institute’s core strengths in the humanities, Professor Whelan stated: “We’re very keen to look more closely at what’s actually happening in the the politics, the economics, and sociology [of Ireland] and in the understanding of contemporary Ireland and, indeed, occupying that space between Ireland, the European Union and America.”

At Thursday’s morning session, Professor Kevin O’Rourke remarked that, while Brexit reminds us of what the E.U. is all about and its accomplishments to date, it also reminds us how it has let itself down and failed to live up to its original promises. Dr. Anna Bailey pointed to the British public’s strong identification with either side of the Brexit debate as a block to pragmatic solutions to the current stalemate. Professor Mary C. Murphy said the referendum was a catalyst for an uncontested issue to become contested, pointing out that interest groups and business in Northern Ireland were late to the debate.

Stating that “we are at an inflection point in history”, UUP MLA for South Antrim Dr. Steve Aiken lamented the absence of a Northern Ireland Executive and called for changes to the backstop in order to uphold the integrity of the Good Friday Agreement.

Tony Connelly, Europe Editor for RTÉ News provided delegates with an on the current status of negotiations and predictions for the days and weeks ahead.

A public Q&A session with Vice President of the EU Parliament Mairéad McGuinness centered round the question of the social aspect of the union and how attention needs to be paid to the cultural pillar of the union, not only the pillars of security and trade.

“Just getting on with the job is not enough, we need to have a feel for the broader climate.”

“ We do need a new narrative for what Europe is.”

On Friday, former Secretary General of the EU Commission and Head of the Northern Ireland Task Force, Carlo Trojan remarked on the implications of a hard border for communities North and South.

“Having been personally involved over many years in the peace process, there is no doubt in my mind that removing any semblance of a hard border between Northern Ireland and the Republic has been an integral element in restoring peace.”

Speaking about the future of British Irish relations, Deputy Chief of Mission at the British Embassy in Dublin, Sarah Tiffin, called for a mutual understanding in Britain and Ireland of our shared history and each country’s particular perspective on that shared history. 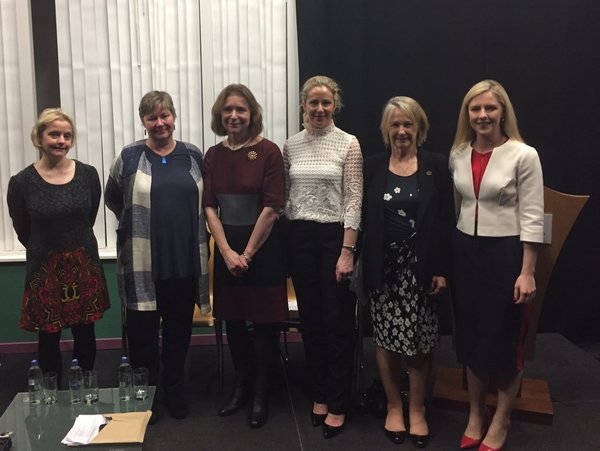 A complete schedule of events for the conference is here.

Originally published by Catherine Wilsdon at irishstudies.nd.edu on March 07, 2019.