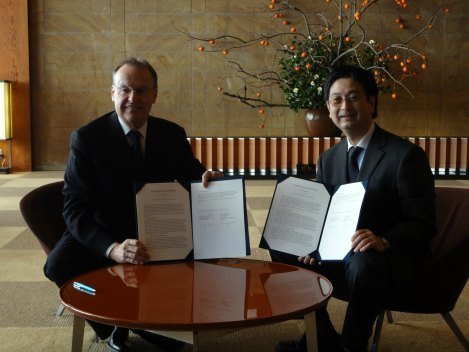 A student exchange agreement was signed with Keio University in Tokyo, which is one of the top private universities in Japan. Notre Dame International has hosted Keio students in the iSAWT (international summer America and World Today) program since its establishment in 2012. The new agreement will support the exchange of four to eight exchange students between the two universities each academic year. Keio University is world-renowned for educating business leaders, ranking third in the world for the number of alumni holding CEO positions in Fortune Global 500 companies. Entrikin and Noble also met with the academic leaders of Kyoto University to discuss plans to partner for faculty collaboration and student programs. Kyoto University is one of the highest ranked universities in Asia and celebrated for its world-class research in physics, chemistry, and medicine, including eight Nobel Prize laureates in these disciplines. 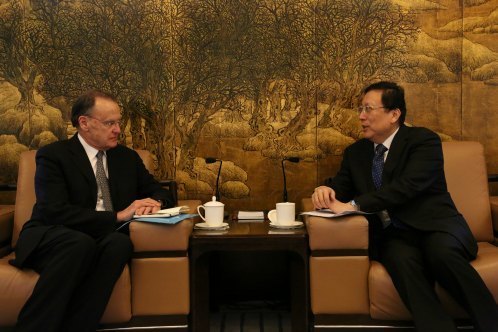 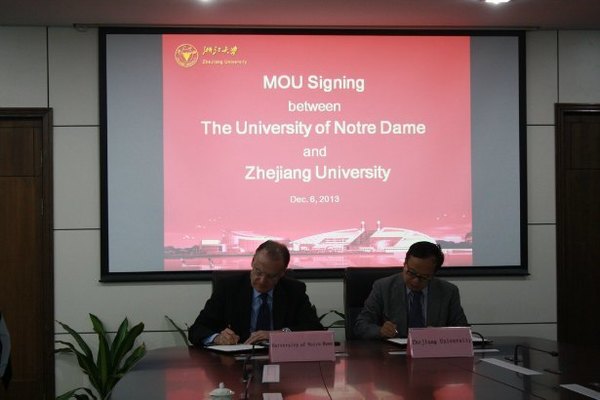 Entrikin and Noble met with Notre Dame alum Dr. Christopher Cheng to discuss plans to create a Notre Dame liaison office in Hong Kong and to deepen collaborations with the University of Hong Kong, who welcomed Entrikin and Noble during their trip. They met with Mr. Albert Cheng, who helped Notre Dame establish the Li Ka Shing Foundation Greater China Scholarship program.

This trip follows and builds upon a trip made by Notre Dame Provost Thomas G. Burish with Assistant Provost Noble and Mr. Robert Liu, founder of Notre Dame’s Institute for Asia and Asian Studies, in October 2013.