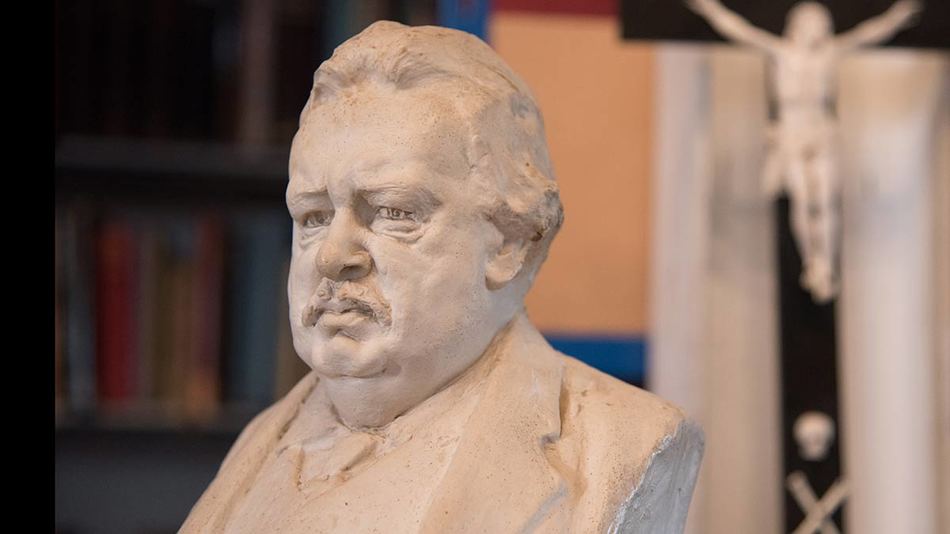 The University of Notre Dame (USA) in England has entered into an agreement to acquire the G.K. Chesterton Library, which includes books, personal effects, art and other items related to the life of this renowned 20th-century English Catholic writer, orator, apologist and provocateur. The full holdings — housed at the Oxford Oratory since 2013 — will be transferred to Notre Dame’s London Global Gateway on Trafalgar Square, providing increased access to researchers and Chesterton enthusiasts.

In addition to being a scholarly resource, the library will also have a public access exhibit for Chesterton fans visiting London.

Chesterton, a prominent Catholic convert, is perhaps best known for his novel “The Man Who Was Thursday,” the Father Brown mystery series and his short stories, poems and essays. His defense of Christianity, “The Everlasting Man,” was influential in C.S. Lewis’ conversion to Christianity. 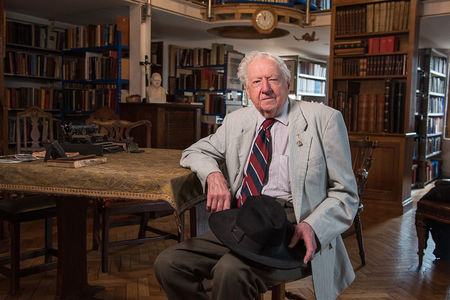 The library was independently compiled by Aidan Mackey, one of the foremost Chesterton experts and among the only surviving individuals with connections to Chesterton’s family circle. Mackey discovered Chesterton as a teenager when his older brother suggested he increase the caliber of his reading selections and handed him a copy of “The Man Who Was Thursday.”

“That was about July 1936, between Chesterton’s death and my 14th birthday in October of the same year,” Mackey said. “I haven’t stopped since.”

Mackey’s hope for the collection is to bring people close to the things closest to Chesterton.

“Among the things in G.K.’s bedside table and in his pockets after he died, what moved me most was his rosary,” he said. “I had a special frame constructed to ensure that it is clearly on view, and had it so done that, with permission, people might touch it.”

The Chesterton collection also contains the writer’s own books, many of which feature his signature and sophisticated doodles —an indication of Chesterton’s imaginative engagement with the material he was reading.

Mackey acknowledged the early influence of Stratford Caldecott, as well as the efforts of Rev. Jerome Bertram and assistant archivist William Griffiths, in housing the archive at the Oxford Oratory.

“To watch as the trustees and Notre Dame have arranged the collection’s elevation to so prestigious a home as the London Global Gateway is, for me, warming beyond measure,” he said.

“It is especially fitting for Notre Dame to take up the collection since Chesterton has his own history with the University,” Father Lies said. 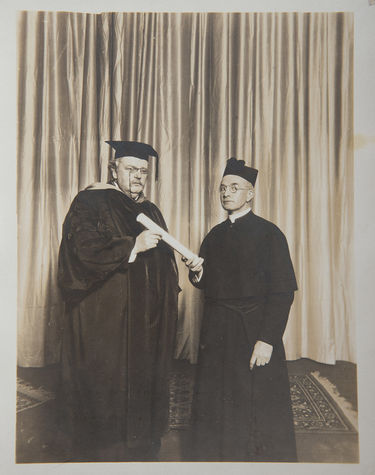 Rev. Hugh O’Donnell, C.S.C., then president of Notre Dame, invited Chesterton to be a guest lecturer for six weeks in the fall of 1930, which happened to coincide with the dedication of Notre Dame Stadium. At the end of Chesterton’s visit, Father O’Donnell conferred on Chesterton an honorary degree.

In Maisie Ward’s biography of Chesterton, she recounts his response to receiving Father O’Donnell’s invitation to Notre Dame: “He was not certain where it was, but with a name like that, even if it were in the mountains of the moon, he should feel at home.”

Father Lies added: “It is our sincere hope that Chesterton and the many hearts and minds he has inspired continue to feel at home at Our Lady’s University here in London.”