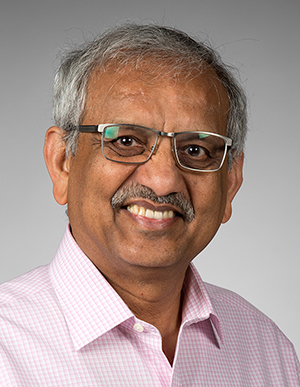 Professor Umesh Garg has been selected as the recipient of the BITS Pilani Distinguished Alumnus Award – 2019. The award will be conferred at a special convocation to be held on July 21.

Birla Institute of Technology & Science, Pilani (BITS) is a private institute of higher education and a deemed university. The institute is one among the six Indian ‘Institutes of Eminence’ recognized by the Government of India in 2018. It has four campuses and focuses primarily on higher education in engineering and sciences and on its management program. Its history, influence, wealth and endowments have made it one of India’s most prestigious universities.

Garg received his B. Sc. (Physical Sciences) and M. Sc. (Physics) degrees from BITS prior to joining SUNY, Stony Brook, for his Ph. D.  Garg joined the Department of Physics at the University of Notre Dame in 1982.

Originally published by Shelly Goethals at physics.nd.edu on June 26, 2019.