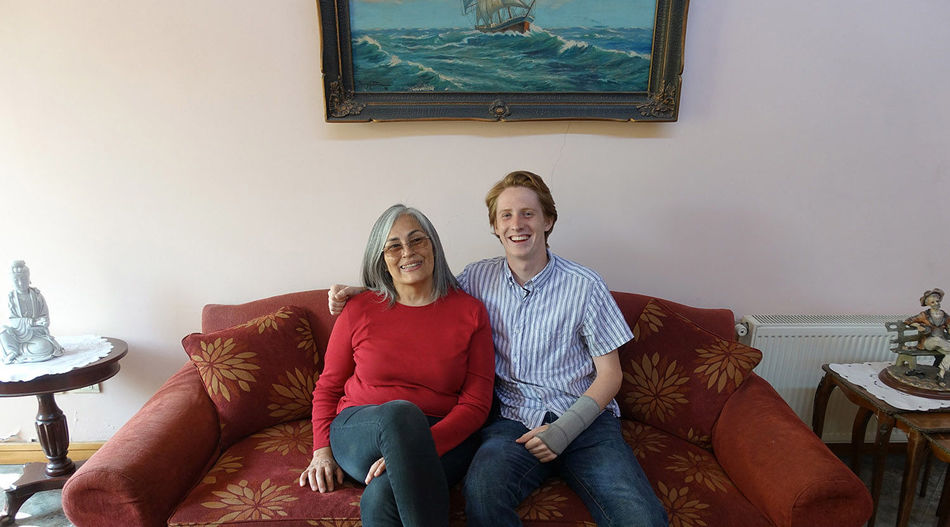 Brendan Markey is pictured with his host mom, Leticia Larraín

Junior Brendan Markey was playing a game of pick up basketball when he fell and broke his wrist. As a study abroad student in Santiago, Chile, his parents were more than 5,000 miles away and weren’t able to help. It didn’t matter though, as Markey had a host mom to step in and care for him. As part of the semester abroad in Santiago, Markey is staying with a host family, which is a unique and culturally-rich feature of the program.

“It’s a great way to truly learn a new culture,” says Markey. “My host parents were incredible with taking care of me and it made it easier for my parents back home, knowing that I’m receiving good care.”

Markey, a junior studying economics and history, chose the Santiago study abroad program because he knew that living with a local family and speaking the local language would significantly improve his Spanish. He didn’t realize that he would essentially gain a second family, one that would support him through academic challenges, as well as a trip to the emergency room.

“This really feels like my family,” says Markey. “I’ve gained two brothers and two sisters and we do just about everything together.”

The immersive and academically challenging program has been around since 1992. Each year, nearly 50 students take part in the program. Students take classes at the Pontificia Universidad Catolica (PUC), one of the largest and most prestigious universities in Latin America. The program is ideal for students seeking to significantly improve their Spanish, while also satisfying a number of University requirements and engaging in meaningful co-curricular activities, such as horseback riding trips the Andes, a guided tour through Valparaiso, and visits to human rights monuments in Santiago.

As part of the program, all students live with Chilean families and take up to five classes, all taught in Spanish. Notre Dame International staff from the Santiago Global Center work to match students with an appropriate host family. Most of the families don’t speak English, so students are truly immersed in the native language. This is an integral part of the overall study abroad experience – practicing and improving their Spanish on a daily basis.

“One of the main goals of the students when they come to Chile is to experience a full immersion in the local culture, its realities, and customs,” says Estela Rojo, program coordinator of the Santiago Global Center.

“I believe that living with a Chilean family is the first step that allows the students to experience, assimilate, and share daily experiences with local families in a full Chilean environment. “ 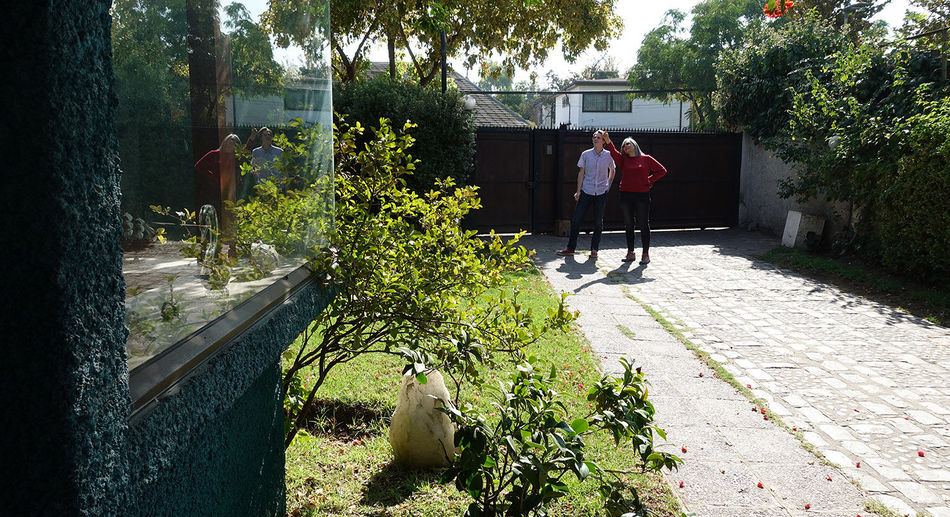 Leticia Larrain has opened up her home in Santiago to ND students for the past decade.

Leticia Larraín has been a host mother for more than a decade, but particularly enjoys working with Notre Dame students. She started hosting once her oldest daughter decided to study abroad in the United States. Larraín was so impressed and inspired by her daughter’s experience, that she decided to open up her own home to exchange students from the U.S.

“I’ve developed excellent bonds with my students over the years,” says Larraín. “I thoroughly enjoy learning to cook new foods for the students and bonding with them over meals.”

Larraín says it’s been a great opportunity for her own children, who have been introduced to new people and different cultures.

“It’s taught them to be more open and willing to learn new things about the world,” says Larraín.

For Markey, it was a perfect introduction to a new country. He feels comfortable exploring new areas of the city and meeting new people. He can also ask specific questions about the language, knowing that his host family is there to support him. Markey says he learned a lot about the people and the language, but also about himself.

“It’s an enormous transition to come and live in another country, especially one where you don’t speak the language,” says Markey. “It’s been an incredible experience and I feel like I’ve gained another family.”

Learn more about the study abroad program in Santiago.

Originally published by Colleen Wilcox at santiago.nd.edu on April 30, 2019.