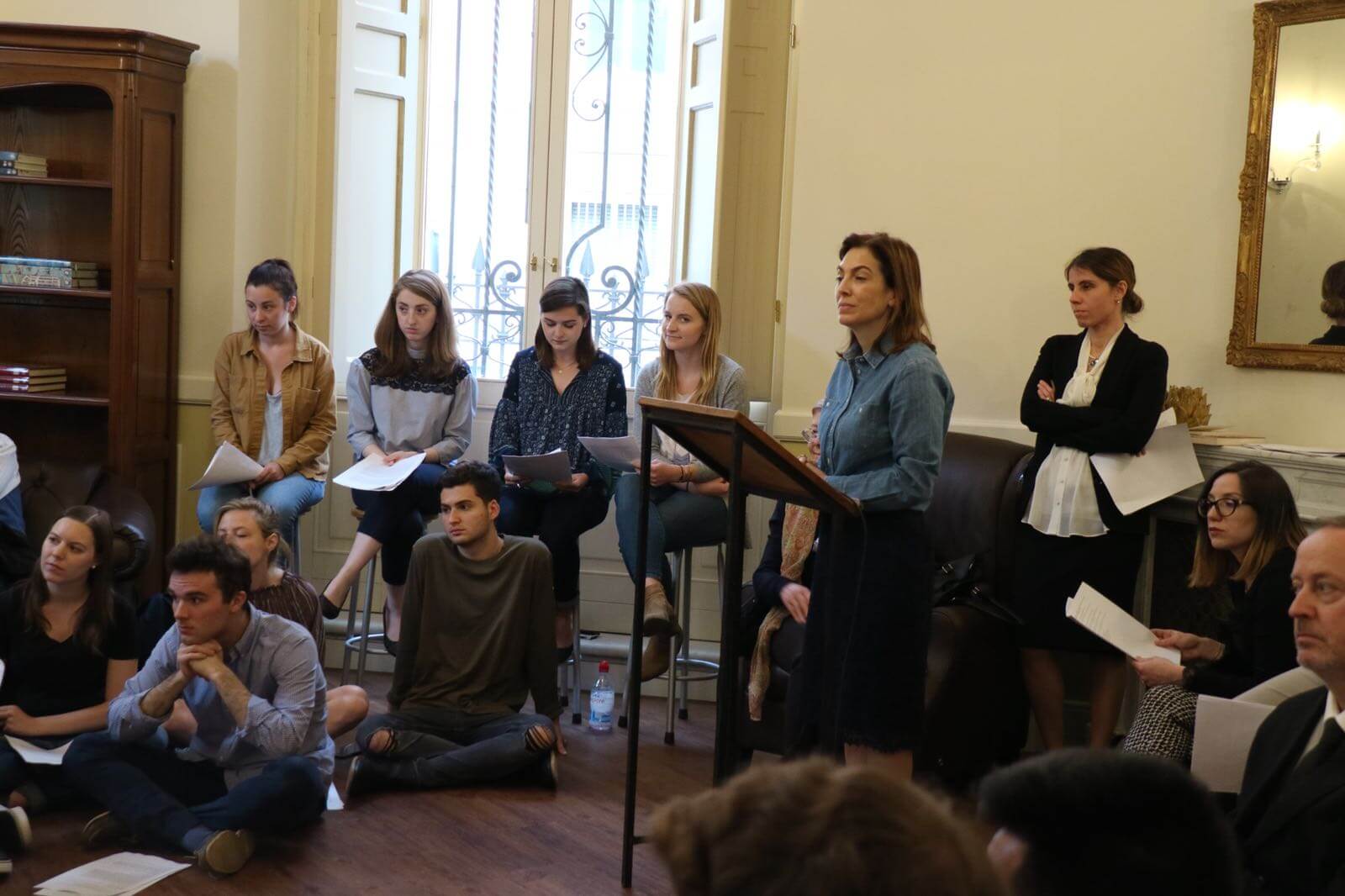 It appears that a woman named Letizia, known to the neighborhood as Goggle-eyed Letizia, sounded the first alarm. [...] The voice she emits is distracted, irritated, and detached from her words. Toward 5 A. M. she was heard shouting, "Oh God, i mammoni."
"Mammoni" in Roman Jewish slang means cops, guards, police. In fact, it was the Germans, who, with the heavy cadenced steps (we know people for whom that step has remained the symbol, the terrifying audio equivalent, of the German horrors) had begun to barricade streets and houses of the Ghetto.  (“October 16th, 1943” Giacomo Debenedetti).

The Rome Global Gateway, in collaboration with Italian Studies at Notre Dame and with the support of Notre Dame International, organized a video conference event between the University of Notre Dame and the Notre Dame Villa in Rome entitled: Literature, History, and Humanity: reflecting on the Shoah in Italy through the Words of Primo Levi and the Jewish Community of Rome.

The event took place on April 11, on the week when Holocaust is commemorated in Israel and in the United States. April 11 commemorates also the passing of Primo Levi, the Italian Jewish writer, chemist and Holocaust survivor.

The event gathered, both in Rome and overseas, students, faculty and staff to reflect on how significant voices from the past can help us look towards the future.

Students in Rome from the Rome International Scholars, the General Education and the School of Architecture program, read passages from the works of Giacoma Limentani, writer and former student at the Jewish school hosted in the ND Villa building during racial laws, and Giacomo Debenedetti.

This group of readings concerned the history of the Jewish community of Rome, and in particular the events surrounding October 16, 1943, when more than a thousand members of the community, including elderly persons and children, were deported to Nazi concentration camps.

Undergraduate and graduate students on Campus presented readings from works by Primo Levi, one of the most important authors of the 20th century and best known for his book, If This Is A Man, an account of his time in Auschwitz. The readings reflected the importance of Notre Dame as a center for the study of Primo Levi’s life and work. The Primo Levi Collection in the Department of Rare Books and Special Collections of the Hesburgh Libraries is one of the most important collections of Primo Levi’s writings outside of Italy. As pointed out during its inauguration by Father Hesburgh, who also was in Rome when the racial laws were in force, the Primo Levi Collection is a significant contribution to Notre Dame’s continued commitment to education as vital force for civil rights, human rights, and social justice.

The Rome Global Gateway has a special bond with the Jewish Community in Rome, one of the oldest communities outside Israel. The Villa where students currently reside, between 1938 and 1940 hosted a Jewish School where, among other students, writer Giacoma Limentani attended. During her last public speech in late November 2017, before she unfortunately passed away, Ms. Limentani recalled the tremendous violence she experienced, her love for dancing and the terrors and joys as a young woman living in Rome in the 1930s and 1940s. People like Giacometta are needed in everyone's lives to understand the past, how it reflects on our present and might guide our future.

As Italian Jewish journalist, Tullia Zevi, one of the few women journalists to report the Nuremberg Trials who played a major role in Interfaith dialog, and was active in Italian Centre-left politics, used to say: “what we have to do is here, the rest is just hypothetical”, underlining the importance of the presence of now. The readings that were read and commented by the students all witness, somehow, the importance of “hic et nunc” latin for here and now, and may guide and instruct us all for a more responsible and educational way of life.

I know what it means not to come back.

The sun go down and die.

Tear at my flesh:

“Suns can set and rise again:

For us, once our brief light is spent,

There’s one endless night to sleep.”

(“Sunset at Fòssoli” by Primo Levi)