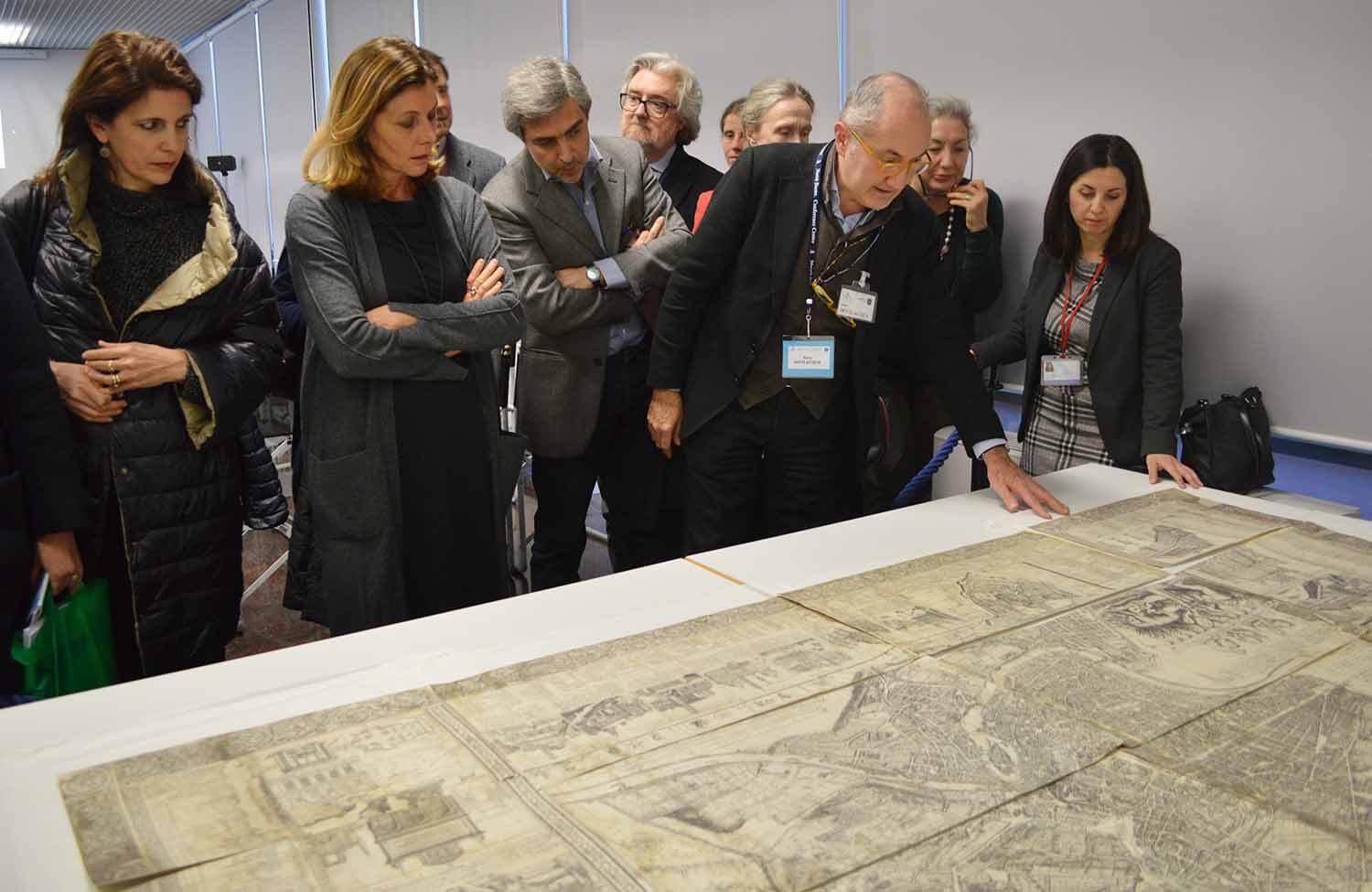 The Scientific Committee looking at the first map of modern Rome by Matteo Greuter, 1618

In 1962, Monsignor Amato Pietro Frutaz published Le Piante di Roma, three large folio volumes published by the Istituto di Studi Romani (Institute of Roman Studies), which served as a completion of a project begun in the 1930's by Luigi De Gregori, and interrupted at the outbreak of the Second World War. In the Piante di Roma, Frutaz catalogued and analyzed 267 maps of the city. While interest in urban cartography in general, and in particular about Rome, has grown enormously in recent decades, Frutaz’s work remains the only scholarly publication offering an analytical catalog of the entire cartographic production of Rome, making it a fundamental repertoire for architects, art historians, archaeologists, and historians of all disciplines.

Fifty years after the publication of Frutaz’s work, the University of Notre Dame Rome Global Gateway, the Apostolic Vatican Library, and the Centro di Studi sulla Cultura e l’Immagine di Roma (Center for Studies on Culture and Image of Rome) at the National Central Library of Rome are working on “Progetto Frutaz / The Frutaz Project." This biennial research program will carry out a complete revision of the printed maps of the XV-XIX centuries, updating the extraordinary repertoire of Monsignor Frutaz. 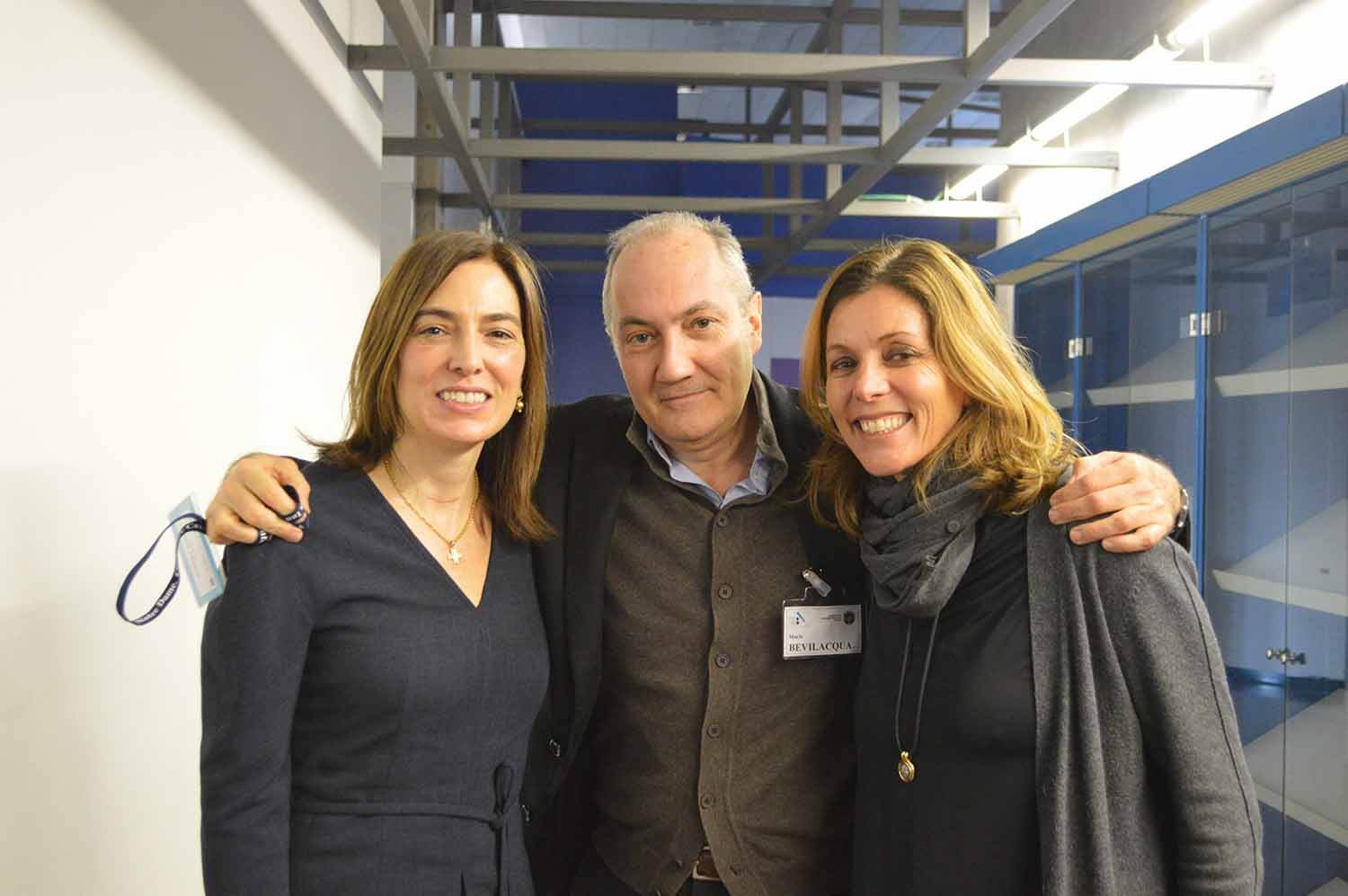 The project is led by Mario Bevilacqua and Marcello Fagiolo from the Centro di Studi sulla Cultura e l’Immagine di Roma, Heather Hyde Minor, academic director of the Rome Global Gateway, and Barbara Jatta, director of the Vatican Museums. Francesca Parrilla, research fellow at the University of Notre Dame Rome Global Gateway, is leading the archival work at the Biblioteca Nazionale Centrale of Rome, which has one of the richest collections in the world of maps in the city of Rome from the Renaissance to the nineteenth century.

The project provides for in-depth study of more than 200 printed maps of modern Rome, providing a new, indispensable tool for the knowledge of the history of the city and its image from the Renaissance to the threshold of the modern era. The results of the research will be presented in an on-line database (available from January 2019) and in a scholarly book with introductory essays, data about each map, and new high-definition reproductions.

On November 29 and 30, 2018, in a symposium held at the Rome Global Gateway and the Biblioteca Nazionale, members of the organizing committee gathered to discuss the project. The ideas generated during these two days will serve to shape both the database and the book project.