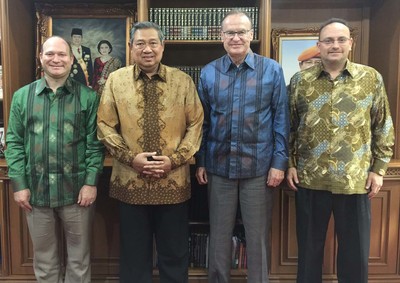 Entrikin and Noble sought to deepen relationships formed at the inaugural Asia Leadership Forum of June 2015 and explore possibilities for Notre Dame’s engagement in the Republic of Indonesia, including discussions with University of Indonesia and other leading universities in the region.

The Republic of Indonesia—a country of more than 17,000 islands—has become a major voice in addressing global and regional issues ranging from climate change and protection of biodiversity to inter-religious dialogue and religious tolerance. It is the fourth most populous country and the world’s largest Muslim country.