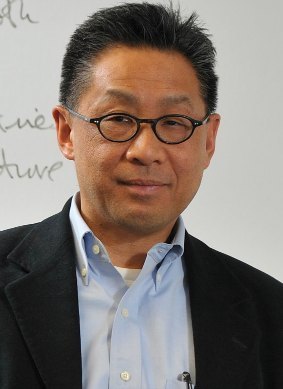 Notre Dame economist Nelson Mark has been appointed acting director of the University’s Institute for Asia and Asian Studies. The appointment is effective immediately and runs through July 1, 2014.

“As acting director, I am eager to help develop research and academic programming that drive collaborative scholarship on the many interdisciplinary issues that confront Asia,” says Mark, the Alfred C. DeCrane Jr. Professor of International Economics.

The Institute for Asia and Asian Studies is a key piece of Notre Dame’s commitment to international studies, notes Nick Entrikin, vice president and associate provost for internationalization.

“The institute provides the University a great opportunity to make important contributions toward improved understanding of this culturally rich and geopolitically significant region, both by making investments in faculty and by promoting student engagement in Asia-focused scholarship,” he says.

The University has also appointed Jonathan Noble, assistant provost for internationalization, Asia, to serve as acting executive director of the institute under the leadership of Mark. 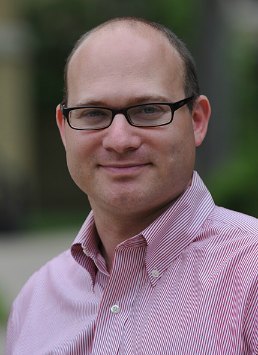 Endowed by a gift from the RM Liu Foundation, the Institute for Asia and Asian Studies creates a centralized infrastructure to enhance the University’s portfolio of ongoing scholarship and programming in Asian studies.

The institute will focus on four core pursuits:

* supporting the University goal of offering an unsurpassed education in Asian studies and for preparing students for leadership roles in a changing global landscape;

* contributing to a better understanding of the particular economic, political, social, cultural, ethical, and religious issues facing Asia through collaborative and multidisciplinary scholarship;

* developing Asia-focused initiatives that build on Notre Dame’s signature research strengths and contribute to a more positive flow of information, commerce, and understanding between Asia and the rest of the world; and

“The role and impact Asia has on all of us, both directly and indirectly, is enormous and will continue to remain relevant at least through our lifetimes,” says RM Liu Foundation President Justin Liu ’00. “Our goal is to establish a world class, renowned, and multi-disciplinary institute that leverages Notre Dame’s strengths and that is consistent with the University’s overarching mission.”

As a noted scholar of international macroeconomics and the macroeconomics of China, Mark is well suited to play this important role in establishing the institute, says John T. McGreevy, I.A. O’Shaughnessy Dean of the College of Arts and Letters.

Mark is a research associate of the National Bureau of Economic Research and an international research fellow of the Kiel Institute for the World Economy. He has been a visiting scholar at the International Monetary Fund, the Federal Reserve Board, and the Hong Kong Institute for Monetary Research; he has also served as a visiting professor at the University of Chicago, the City University of Hong Kong, and Central University of Finance and Economics in Beijing, among others. Mark is currently the North American editor of the Pacific Economic Review, which is the official publication of the Hong Kong Economic Association.

“China’s remarkable record of investment-led economic growth has been financed by an astonishingly high national saving rate exceeding 50 percent of GDP,” Mark says, “but the high saving rate also contributes to trade and current account imbalances which have become a source of international tension.

“As China continues its transition towards a market-based economy, policy makers seek to rebalance the engine of growth away from investment towards consumption, which would require less saving by the Chinese and more saving by Americans. Hence,” Mark says, “a necessary precondition to have a productive conversation about growth re-balancing would be to have a good understanding of why the Chinese save so much.”

In addition to serving as an assistant provost, Noble is director of Notre Dame International’s Asia office in Beijing, China. His research focuses on contemporary Chinese culture and society, and he has published numerous articles, essays, and translations, including translations of film scripts for Blind Shaft, which won the Silver Bear in the 2003 Berlin International Film Festival, and the Chinese blockbusters The Assembly and Aftershock.

Noble received a Ph.D. in East Asian languages and literatures from The Ohio State University in 2003. He was also one of just 20 young China scholars in the United States selected to participate in the Public Intellectuals Program (2005-2008) sponsored by the National Committee on U.S.-China Relations.