Does the Sunni-Shi’a Conflict Harm Christians Too?: A Look at Fatimid Legal and Historical Texts 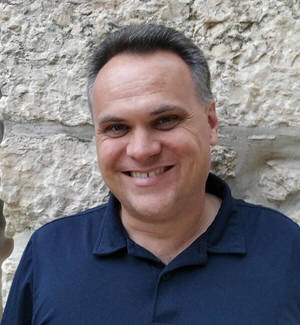 Steven Gertz is a PhD candidate at Georgetown University in Theological and Religious Studies, and a 2018-19 Doctoral Fellow at the Tantur Ecumenical Institute. He is researching how sectarian allegiances in Islam impact and shape inter-religious relations with Christians, and is surveying Fatimid Isma‘ili fiqh on dhimmis (Jews and Christians) as well as seeking to understand if and how caliphal application of that law impacted Palestinian Christians living under Fatimid rule during the eleventh century. He is also developing a class for undergraduates at Georgetown that will study sectarianism and how it impacts inter-religious dialogue and relations.

Previous to beginning his graduate studies at Georgetown, Steve spent about ten years in both academic and popular publishing. He first served as Assistant Editor for the magazine Christian History, then as Newsletter Editor for the Centre for Muslim-Christian Studies in Oxford and as the Multimedia and Publications Editor of Georgetown University’s Center for Contemporary Arab Studies. Steve holds master’s degrees in Islamic Studies from the universities of Oxford and Edinburgh, and has studied classical Arabic at the Qasid Institute in ’Amman, Jordan.

Transportation will be provided from Shivtei Israel St. to the west of the Notre Dame Center (opposite New Gate of the Old City). The bus will leave at 6:30 p.m and return at 9:00 p.m. The shuttle will only be ordered if at least five people have signed up by May 20, 2019. Shuttle sign-up