At Notre Dame International, our goal is twofold: We want to bring Notre Dame to the world, and to bring the world to Notre Dame. That goal is most successfully achieved by our students.

Our undergraduates are quick to explore the world. They flock to our 48 semester, summer, and year-long study abroad programs. There, they are inquisitive. They are adventurous. They are compassionate. Beyond class, they find internships, research opportunities, service projects, all of which open their eyes and their hearts to the world, its people, and its challenges. They return to campus with wisdom, drive, and curiosity, and they pass those attributes, along with their own stories, to friends, professors, and roommates, thus enriching our campus.

Meanwhile, our international scholars bring their diverse upbringings, cultural traditions, world views, and religious beliefs, to campus and share it with those around them. These students – undergraduate, graduate, and high school – unintentionally shape and educate those around them during their time on campus. They make campus a richer, more complex place better equipped to wrestle with the challenges of the world. In turn, we hope they leave with knowledge and curiosity inspired by  Notre Dame’s values and aspirations. And we hope they take what they learn here and spread it within their communities and countries.

At NDI, we believe all our students have the opportunity to go further. We’re here to make it possible.

If you're looking to explore what Notre Dame has to offer, look no further than NDI's short-term programs. These programs, ranging from a few days to several weeks, allow international high school, undergraduate, or graduate students a peek into life at Notre Dame.

30 airport pickups and dropoffs to and from O'Hare airport

Since 1850, Notre Dame has drawn international scholars from around the globe into the shadow of the Dome. Join our more than 36,000 international students who have studied, learned, and grown here on campus.

1700+ international students and scholars on campus

If you're an undergraduate ready to go further, to explore, to question, to open your aperture, and to become a global citizen, our study abroad programs can offer you limitless opportunities to see the world. With 48 programs across 26 countries, you are sure to find a program that will provide a transformational experience. 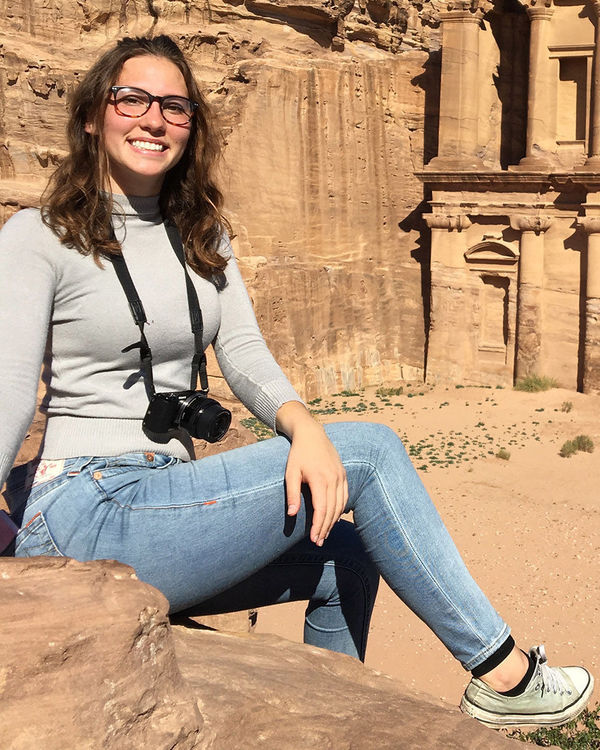 Eva Napierkowski is studying neuroscience at Notre Dame. Originally from Broomfield, Colorado, Eva traveled to Jerusalem in the fall of 2018 to experience the Holy Land through Notre Dame International’s study abroad program. She shares some of the highlights of her trip and talks about what it was like to spend a night at the Church of the Holy Sepulchre.

"For me, the decision to study abroad in Jerusalem was fueled by a parallel desire to explore the Holy Land and to learn more about the seemingly ever-present conflict that the land is embroiled in," says Napierkowski. "The first two weeks, we embarked on a two-week geopolitical tour that provided interesting and essential background information regarding what is generally known as the “Arab-Israeli conflict." As I continued to live in Jerusalem and make friends with locals, my political education flourished alongside daily studies at Hebrew University.

On the weekends, I did my best to see as much of the area as possible, and eventually made it to Jericho, Nazareth, and the Golan Heights among other places. However, I found that the most influential part of the Holy Land that I visited was situated right in the center of Jerusalem: the Church of the Holy Sepulchre. Early Church tradition locates the Holy Sepulchre as the place of Jesus’ crucifixion, burial, and Resurrection. Its important location makes it central to several religious groups, including Roman Catholics, Greek Orthodox, and Armenian Orthodox. Every night, fifteen lucky Roman Catholics can spend the night in the Holy Sepulchre locked in for a night of reflective prayer. At 7 pm, two of my classmates and I entered the doors, and heard the loud clink of the bolt in the door. We would stay in that church for the duration of the night. Exactly at midnight, the doors slammed open, and a long procession of Greek Catholics walked in to perform their Divine Liturgy. I witnessed this ceremony and got to spend more quiet time listening to their prayers in the background. Finally, at 4 am the doors unlocked and we attended mass with the local Jerusalem early risers. At 4:30 am, we exited the church, and watched the sun rise over a sleepy Jerusalem.

My Jerusalem experience was full of adventure, hiking, swimming, and new friendships, but I am especially thankful for this opportunity to strengthen my friendship with Christ." 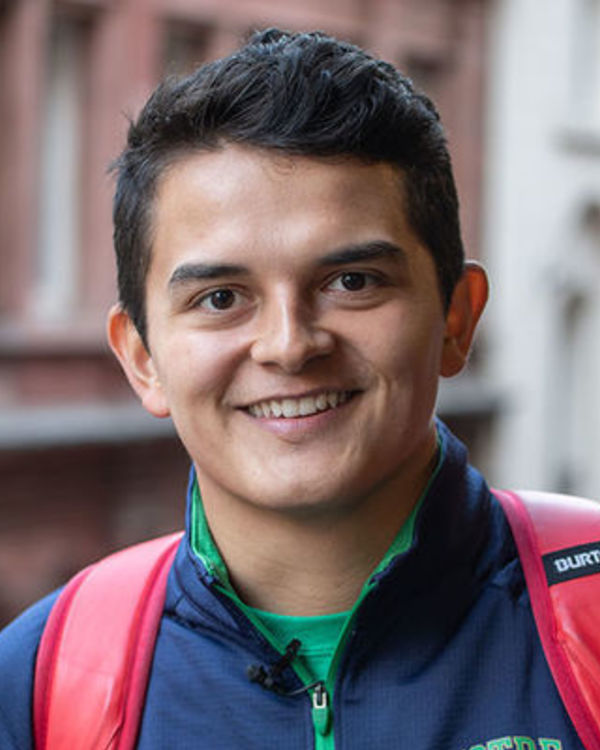 Rising junior Armando Sanchez, another AnBryce Scholar, participated in NDI’s London Program the fall of 2018. Sanchez is a political science major with a minor in constitutional studies. He is from Visalia, California. Sanchez writes about his time in London, how it gave him a more global perspective, and how his internship allowed him to inspire future generations to pursue education.

"I left the country for the first time the spring semester of my first year. I visited London through a study abroad immersion experience provided by my scholarship program, AnBryce. As many say, my first international experience gave me the travel bug. Before I knew it, I was headed back ‘across the pond’ for a semester abroad in London.

My experience abroad fortified my understanding of the importance of education. I would not have been able to study and live in an international city if it were not for pursuing a post-secondary degree. It would not have been possible without Notre Dame.

Experiential learning in London transformed my concepts of the world. I remember reading about the Roman and British empires throughout the early years of my education. However, being in the heart of the history allowed me to connect with the content in ways that transcended the text and gave me a memory connected to those tales.

Courses like Shakespeare in London and Politics of Protest allowed me to immerse myself in British culture. In Shakespeare in London, we discussed the genius of Shakespeare and saw how his plays are produced 400 years later in venues like Shakespeare’s Globe and all over the West End. In Politics of Protest, we learned about radical thinkers and ideas which have influenced the world and took a short walk to the house of parliament after discussing the Monarchy and Democracy. We even examined the current effects of Brexit on the British as a state and a people.

Beyond the classroom, Notre Dame offered excursions to different parts of England. Particularly, the Stonehenge and bath trip afforded the opportunity to see the architectural prowess of both the early man and the Roman Empire. Moments like these encouraged me to reflect and appreciate the fact that we are in our own era and are constructing a narrative to be studied and looked at in awe in future years. It also allowed me to contextualize and connect with the legends of the past. In the Roman baths, I recall stepping through the maze of tunnels and irrigation and touching the thousands-years-old foundation of the spa—I closed my eyes and I was there.

Being a student at Notre Dame has been a life changing experience in and of itself. However, my semester abroad provided me the unique opportunity to live in a foreign country and practice being a global force for good." 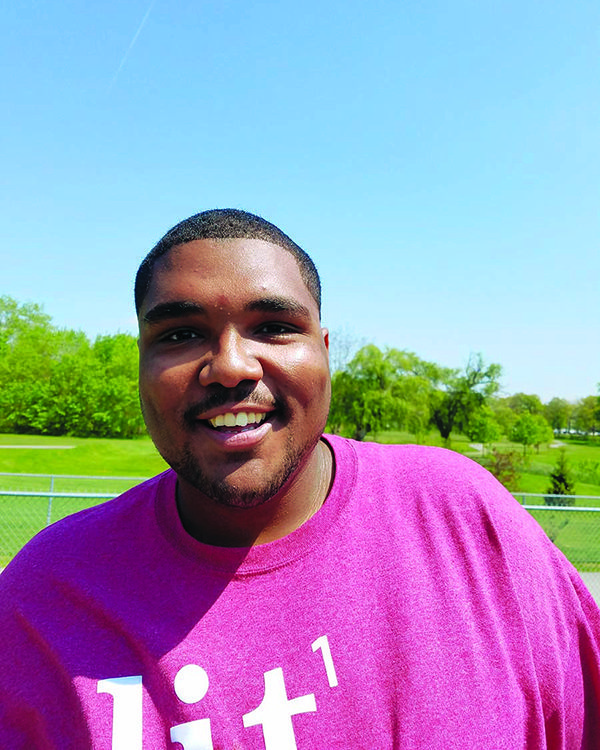 On top of the rigorous London study abroad curriculum, Lorenzo Howell was accepted into an internship with St John Bosco College, a state-funded college preparatory school outside central London. Howell, a product of a failing, inner-city school, was eager to experience the British education system and to work in a school who was tackling issues like social and economic inequality. While interning with a history teacher there, he was encouraged to create a curriculum that pertained to his interests.

“I was able to design curriculum that touched on history, but also race, violence, poverty, policing and the justice system,” he says, noting the students were particularly interested in the differences between England and America.

In addition to teaching four classes throughout the semester, he also served as teacher’s aide, helped grade papers, and printed educational materials, all valuable skills for the aspiring public school teacher.