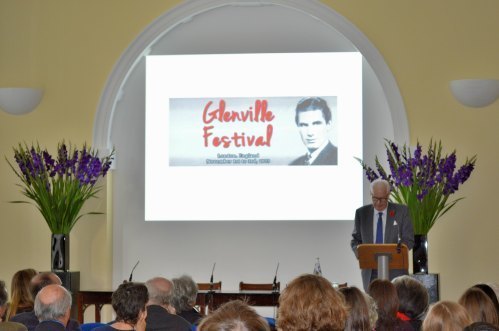 Actor, writer, and director, Charles Duff, who teaches theatre for the London Undergraduate Program at Notre Dame and film critic, Quentin Falk, delivered the keynote addresses for the conference.  “Peter Glenville’s legacy is immense, not the least of which is that he is the key figure in the 1950 and 60s for linking British and American film and theatre,” said Mr. Duff, one of the conference organizers.